While the Lions tour has arrived in NZ, I am about to leave again. It is halftime on my Nuffield study tour. For me it has been a pulsating first half full of excitement, education and by the end, exhaustion. It’s time to catch my breath, suck on an orange or two, hear a word from the coaches and reflect on an action-packed first half.

The team and tour

I’ve just completed the Global Focus Program (GFP). It is an intensive six-week tour through five countries with a group of nine other scholars. I was very fortunate to have an excellent group made up of five Australians, an Irishman, a Dutchman, a Welshman and a Brit who lived Belgium. Our GFP tour started in Chile.

We made our way up to Washington DC, across to Kentucky, then up to Prince Edward Island in Canada, before heading across to the Netherlands and finishing in Italy. We went to 110 meetings or presentations during an eight-week period, including our conference in Brazil prior to the tour.

I will look back on this time as one of the most interesting and extraordinary times of my life due to the people I travelled with and the excellent hosts we had in each country.

We met some great people who gave their time willingly and spoke openly about their farms and businesses. Many of them will provide me with inspiration well beyond my Nuffield tour. 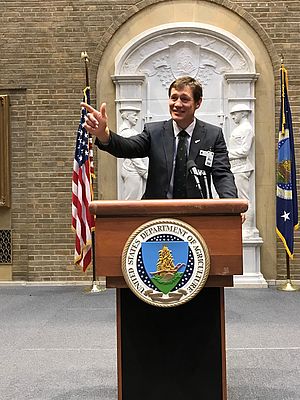 The idea of the GFP is to give a board perspective of international agriculture. In this short report I’ll focus on some of the major themes, or ideas that struck a particular chord with me.

We frequently heard we must feed 9 or 10 billion people by 2050, with 60% growth in demand for food. It is clear we are heading toward a world of more people, less farmable land and pressure on resources such as water and the effects of climate change. There will be offsets: farm productivity will continue to increase and food wastage is ripe for tackling; people are growing food in cities, ‘vertical farms’ are springing up and synthetic food may well play a role in the future.

This is a strong trend that has been underway for a while. It will gather pace driven by higher incomes, ready access to information on the web, resource allocation pressure, and societal issues like obesity and associated diseases.

In many parts of the world there is strong pressure from environmental and animal rights groups. In some places, such as the Netherlands there are programs for farmers to alter production, change infrastructure or processes to achieve specific environmental outcomes.

Where the consumer will not pay more for a product produced in an environmental way, rather than load more cost on to the farmer, society as represented by government, is prepared to pay the costs.

Agricultural markets have been volatile since time immemorial. However, since the 1980s there has been deregulation in NZ and progressively in the 2010s in Europe and the US. There is significant subsidy and safety net programs remaining for farmers in the US and Europe, but our free(r) world market will make for better resource allocation but increased price volatility.

You might ask why should we worry about these global themes? Do our consumers really care about what we do in New Zealand? Don’t consumers in the developing world just want access to cheap food?

The case can be made that we are going to have a big job feeding 10 billion people. Why would we hamstring ourselves worrying about environmental issues?

You could argue very convincingly that farmers don’t have the skills, time or knowledge to worry about the consumer. There’s an opportunity cost of farmer’s time and money. That’s why we have cooperatives and companies selling our products. It’s worked for over a hundred years. Why change?

It would seem to the reasonable person that pandering to the 10% of the population who are “greenies” will increase costs, destroy international competitiveness and drive farmers out of business. When a farmer makes a concession, the NGOs shift the goal posts and want more, and the ultimate end game for the animal rights lobby is for no animals to be farmed.

NZ would become a wildlife park and what would happen to our regional communities and national economic wealth?

Reasons why these global themes do matter

We should not make a moral issue of whether we believe these themes matter, or that the way we react determines whether we are good or bad people.

There is always a broad spectrum of morality and time helps people to understand where they sit on that spectrum. In any case, I believe there are a few points we should consider carefully.

Whether we aim to feed the richest 40 million, or some other market segment, societies and governments will be increasingly focused on how their food is produced and what resources are used.

Consumers may care, but may not pay for what they say they care about; however, society broadly, as distinct from consumers, will demand that resources used to produce food such as land, water and air are being used sustainably. 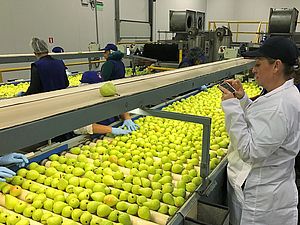 In NZ we produce high quality products. And in my view, we farm, more so than any other place I have seen, in a way that works with our animals, land and people. We have important things we need to get right, however we are starting well ahead of most places.

We also have a tremendous amount of entrepreneurial and innovative capacity within our country. We have the ability and tools to develop a compelling story that resonates with consumers about how we produce our food. That does not mean we need to throw our current systems out, but the actions that we take today will set ourselves up to be successful tomorrow.

We should be aware that simply telling our story is not enough; we must educate ourselves and understand our consumers and how they relate to our products. There are good examples out there. We saw farmers in the US, The Netherlands and Italy telling their story, with transparency and confidence; opening their farms and explaining how they produce food. In NZ this is a matter of absolute urgency. If we don’t tell our story, somebody else will do it for us.

We have got to a bad place if a farmer does not feel proud to say he is a farmer at his local BBQ, or his kids are bullied at school because their Dad is a farmer.

In the age of ‘fake news’ and the inversion of trust, where people trust the Facebook group ahead of the scientist, we must be proactive and meet our detractor’s square on. NGOs are good marketers who use emotion to tell their stories; we must be better marketers. We must be confident in what we do, and be prepared to defend the way we do it.

I have no doubt farmers want to improve their environmental footprint, but there may be substantial cost in doing so. What are the costs of a ‘stick approach’ to regulation or industry agreements? Some would say delay, less than full implementation, and negative impact to our international reputation.

Well-constructed environmental incentives can give farmers the impetus to get the job done, and society the environmental outcomes it seeks.

“Right now there are 7 guns around the table.” – Chatting with our hosts over dinner in the USA. In all other respects they were nice and quite normal.

“I calved my cow and the calf was almost dead. I tried to revive the calf and as I did this I explained to the class of children what I was doing and that sometimes calves die while the cow is in labour. The kids were fine as they could see I was doing everything I could and I had explained what was happening.” – Openness and transparency on a Dutch dairy farm.

“Anything you could say about good whisky had already been said about bad whisky…you can’t bore people into buying your product.” Maker’s Mark, Kentucky. – We must beware the trap of thinking we are unique and that we simply need to tell our story better to engage consumers.

“Americans are like teenagers. They think they can change the world. They know everything. They are loud. They are quick to pick a fight.” – perspective on the American psyche.

Chilean farmers we met were very focused, export oriented and internationally competitive. They also made a point of making time for family and friends.

And now it’s time for a deep breath before the second half kicks off. I will be focusing on deeper study on my research topic agri-innovation. I will visit the US and Ecuador. I will be back home for calving and later in the year I will visit