The Global Focus Programme is transformational – not only in personal development but also in the way you come to view New Zealand’s agri-food sector.

For me my Africa GFP began in the United States in Delaware where we were shown what a cataclysmic mistake it has been to devalue food in the way American society has. With only 8 per cent of household income spent on food, and the average citizen eating 50 per cent of their meals in restaurants and takeaway outlets, it has been a frantic scrabbling to the bottom by meat producers.

One large egg farmer we visited had increasingly expanded his operation and was automating as fast as capital access would allow. Why? Because Americans want cheap food. It could almost be part of their constitution. Their pride in ‘producing the cheapest food in the world’ as one farmer put it is evident, not only in the continuing cheapening of products but also in the waistlines and wastage of citizens.

That devaluation of food is spreading through-out the developed world –  but may be arrested with the younger consumers coming through – especially with the rapidly developing social conscience among them. But, in the meantime it will lead to a quicker expansion into automation, and increased unemployment – something one Senator shared, he was at a loss to know how to handle the fallout from.

All farmers we spoke to, voted for Trump purely because they were tired of what they termed ‘over regulation’ from Obama’s regime.  And there were some ugly conversations had, where many prejudices were displayed by farmers, who seemingly feel his victory gives them license to express them freely – even to our fascinated Nuffield group!

Perhaps most disappointing to me about some of the farmers we visited, was the level of apathy in their businesses. One dairy farm had 100 million consumers living within a 100-mile radius. His operation was not economical or efficient, but because of his customer base, he had willing consumers on his front doorstep. His answer was to make ice cream and within a year had a $1 million US turnover from his diversification. It wasn’t particularly good ice cream and the shop on the farm was not overly enticing. And therein lies the issue…where a density of population can lead to laziness in business strategy. I found myself wishing more than once that New Zealand had access to that kind of consumer base on their doorstep!

The United States also began a consistent theme I was to see repeated over the next eight weeks. The ascent of Australia over and above us is real and is frustrating. In the United States Australia has 44 per cent of sheep meat market while New Zealand has just 15 percent. Their products were clever, well considered and marketed sophisticatedly. Vegetarian fed was one such example of clever messaging!

New Zealand as a brand was not significant, and with Australia also working in that space of branding their country of origin as a safe, clean, environmentally sustainable product, my fears increased for the positioning of NZ Inc in the global market.

Eastern Europe gave me an insight to regionalism – and how this is going to be an incredibly serious mega-trend that has vast implications to our food sectors. Even in developing countries like the Ukraine we witnessed the consumers desire to shop locally. We learnt not to assume in an under developed country that the consumer isn’t educated on sustainability. In Kenya, even the poorest villagers had a phone. Those devices give every consumer a ticket to the world of food production. And we can never take that for-granted.

So what then is our plan B with 95 per cent of our produce exported? What happens if tomorrow’s consumer outright rejects New Zealand products based on sustainability? How then do we fight that? And are we prepared for it?
And during our Czech Republic visit we were told that German supermarket giant, Lidyl, intends to implement regional policies by buying within a local radius only.

In Kenya, I was to understand subsistence farming and how those farmers far surpass in terms of numbers the large corporate farms we were to see in the likes of Eastern Europe.  This really put the constant message we are hearing globally about the need to feed the world in context.

Simple technical farming advice could significantly increase production and quality of lives for subsistence farmers worldwide. Take that increase in production and the disappointing amount of food wastage in the world and you have an answer to those that cry wolf on needing to increase food production. 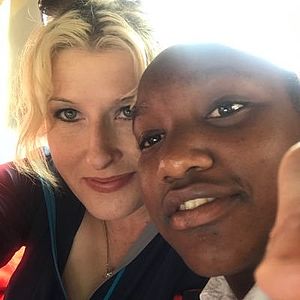 I struggled to be comfortable in Kenya with businesses, such as a large Dutch flower operation we visited, that were overseas owned, and making money because they had the advantage of cheap labour and less Government regulation.

Yes, these businesses were clever, but I struggled because the feeling that was imparted to me, particularly after talking to a supermarket buyer in South Africa, was that ethics in business will increasingly be looked at and scrutinized by the new generation of consumers.

South Africa gives me great hope for the future of Africa. At present it is corrupt, and difficult to do business in. But the new generation coming through are entrepreneurial, educated and determined to oust their parents’ regimes. It is an innovative disrupters dream and will be a powerhouse in the future.

So, I’ve come back experiencing conflicting emotions about New Zealand’s place in agri-business globally. Our domestic issues seem less relevant than they did to me and I often see them now as being somewhat of a sideshow that distracts us from what must always be our number one focus – our overseas consumer.

As you read this I will be travelling in the United Kingdom, Ireland, Holland and Belgium on the first leg of my personal studies where I’m investigating consumer mega trends, the science of perception and learning about successful long-term messaging.

Before the end of the year I will be heading back to the United States and travelling a little in Canada as well as Mexico before touching base in Asia early next year.

I cannot thank Nuffield International and our wonderful team in Nuffield New Zealand enough for this incredible opportunity. That hunger to learn is a powerful driver and I look forward to meeting up with you in November.

In the meantime, if you are interested in further expanding upon some of the issues I’ve written about please see my blog at farmjourno.wordpress.com.