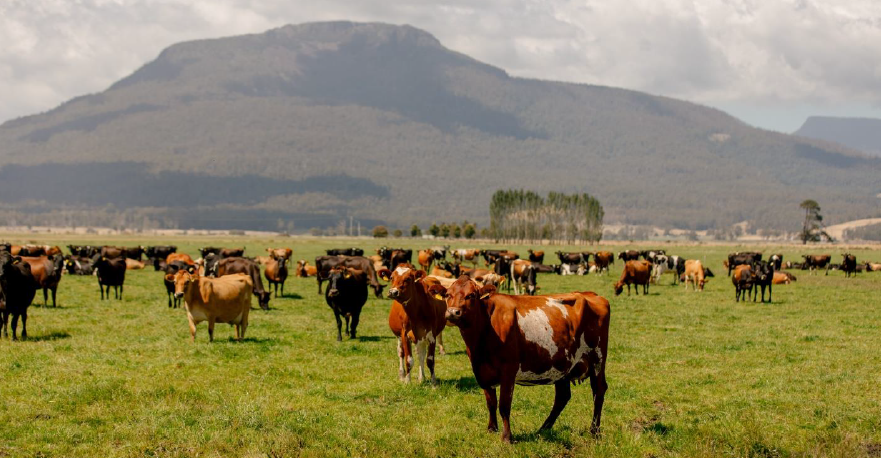 The story of the herd improvement industry in New Zealand is the story of a long history of great innovation, on a scale not replicated anywhere else.  A complex industry of science, human resources and innovation, dairy farmers wherever you go are a resourceful bunch.  They are plying their trade across many facets such as animal science, animal welfare, human resources, soil science, engineering, finance just to name a few.  Priorities over different areas of the farming business shift over time depicted by financial pressures, available resources, environmental pressures and in more recent times animal and environmental practices which are being called into question.  The purpose of this project is to try and dig deeper into some of the conversations I come across every day during the course of my work on Tasmanian dairy farms.  What is the difference between New Zealand and Tasmania?  With increased reliance on grain inputs in Australia, how does New Zealand produce what they do on just grass?   “They have better grass”  “It just grows better over there”, “Its just different”  “it’s a more even growing season”.   I wanted to find out more about these off the cuff comments, and see just how different the two industries are, from a climatic and environmental point of view, and at the core of the dairy business, the dairy herd.

Comparing Tasmania to the West Coast, Tasman, Marlborough region, on the same latitude line, my research suggested the two areas are very similar in climate, annual rainfall volumes and temperatures, and should have reasonably similar opportunities to grow good quality grass.  Both have similar numbers of herds, and herd sizes.  Tasmania features slightly higher in per cow production, but has narrower margins.  Both regions have access to good cow genetics from around the world.

Singling out herd improvement – one of the biggest drivers of New Zealand dairy production gains over time, I carried out a survey of 37 dairy farmers in Tasmania to find out what is influencing the breeding, and how they are reacting to the operating environment in Tasmania.   The survey population was a mixture of farm sizes and breed of cow.    I looked at the answers and attempted to seek out any correlations.

The stand out opportunity is the way dairy genetics are managed.  The lack of herd testing uptake is evident in Tasmanian herds when compared to their New Zealand counterparts, not only that, those that do herd test don’t have easy access to software that makes cow selection on performance simple and accurate.   As a direct result of the small numbers of farmers herd testing, Datagene, Australia’s dairy genetics evaluation body has placed an increased reliance on predicting genetic merit through DNA testing, as opposed to herd test data which would be the case in New Zealand.   Yes, accelerating the opportunity of genetic gain by not having to wait considerable time for bulls daughters to hit the dairy herd for proving, but placing large weighting on a system which is less reliable than that of daughter proving data.

My findings suggest there needs to be better education and more information from industry bodies around the financial benefits of herd testing, more so the implications of not herd testing.  Tight margins and cost cutting at the farm level are partly to blame, but the immediate monetary savings of not testing are well outweighed by the production losses bought about by losing genetic gain and efficiency.  A 70% uptake in the New Zealand region versus 30% in the Tasmanian region is a stark contrast.  From my experience, the benefits of herd testing in New Zealand have never been called into question, and in tight times become even more important.  Tools such as MINDA, New Zealand’s herd management system, and herd testing have been an integral part of the dairy farmers arsenal since herd testing was rolled out 110 years ago in 1909.