The hunger winter and the evolution of subsidies – Simon Cook 2018

As a New Zealand farmer, we often hear about the long term subsidies paid to farmers in the EU, without ever understanding why these subsidies were introduced in the first place. 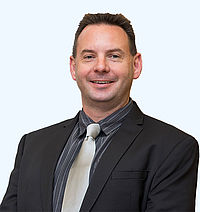 The theme of this year’s CSC in the Netherlands was very much about learning and understanding the history of Dutch agriculture and how and why they have got to where they are now. As a New Zealand farmer, we often hear about the long term subsidies paid to farmers in the EU, without ever understanding why these subsidies were introduced in the first place. During our Nuffield conference in the Netherlands we had a number of speakers fill that gap in our knowledge with the story behind the introduction of subsidies.

After a day of beginning to meet each other and an afternoon farm visit, the second day of our CSC got off to an interesting start, with a presentation being given to the scholars while they sat in the pool in their togs – an introduction to business models.

Once back in the conference room we had some moving presentations focused around WW2 and the famine bought on as the war drew to a close. We had a presentation by Mr Jaques Von Trammel who was a young Jewish boy forced to grow up quickly as he lived in constant fear of being caught by German forces. We were then given the story of Leny Adelaar-Polak, a survivor of the medical experiments in Auschwitz. Leny was the only member of her extended family to survive the war. 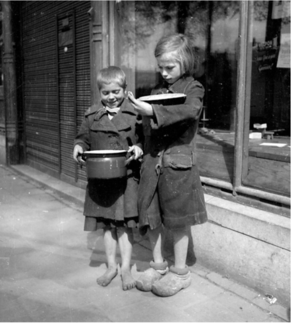 We also had a presentation by Ingrid de Zwarte who completed a PhD thesis titled “The Hunger Winter” which focused on the famine that struck the Netherlands as WW2 drew to a close. In the winter of 1945 the population of the Netherlands were struck by food shortages. Bought on by a shortage of local produce and failing supply lines from Germany, the population of Netherlands suffered a severe famine. During April 1945, the average daily calorie intake dropped below 500 kcal, less than a quarter of the daily average an adult consumes today.

This mass starvation and resulting deaths galvanised the population to ensure that farms completely de-stocked and devastated by the war would be given whatever support was needed to get back up and running, to ensure this situation would never happen again. Food security became the utmost priority in the Netherlands and across Europe.

It was interesting to reflect on the low status farming holds in countries like New Zealand and Australia, where there has never been a food shortage, and compare it to countries like the Netherlands and Japan who have known critical food shortages and truly understand the importance of agriculture as a necessity of life along with fresh water and clean air.

One of the major steps towards ensuring not only food security but also political stability in Europe came in 1958 with the formation of the EU. The initial trade agreements, signed up by the six founding nations, that were to form the basis of the EU, were designed to control the supply of steel and coal, the two raw ingredients required to manufacture canons and therefore wage war. By the late 70’s most European countries and the UK had also joined the EU.

Now that I have a better understanding of the environment and pressures that lead to the formation of the subsidies I have a more open mind towards their purpose and introduction.

The question is whether they are still valid in today’s society and it will be interesting to follow the outcome of Brexit which will remove the direct payment subsidies to farmers in the UK, and may also challenge the future of farming subsidies across Europe.