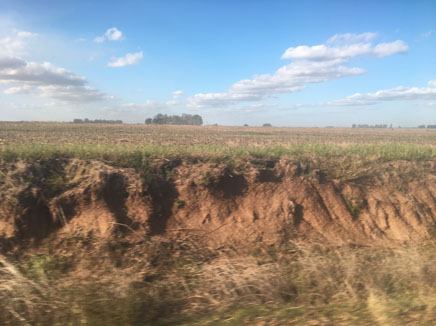 Our Global Focus Programme travelled through Italy, Texas, British Columbia, Argentina and Chile. A month on from finishing my GFP, certain themes remain fixed in my mind, here’s my highlights package.

Italy was a real change of focus and priorities to the export orientated Netherlands. It’s been all about regional, all about local and all about celebrating what is produced.

Our first host was from the slow food movement which connects health and wellness with the function of growing and producing food locally. They believe local food should be available at the cost of production plus some reasonable return of value to farmer added. A supermarket does not allow for this to happen, its unsustainable. The value of food is not in what the brand says it is, its value is the nutrition and health proposition that it offers the consumer.

This is a country that seems to have their priorities well in truly in order. They are certainly not sprinting to keep up with the countries around them. They celebrate the food they produce, they take time to enjoy, discuss and socialise their bounty and alcohol is always consumed with food.

The younger generations are seen to be the innovators and have embraced the value of marketing and being niche.  There are some extremely innovative businesses and they truly understand the value of storytelling, of the incorporation of their heritage and family tradition in the products they produce. These stories are real and inspiring, and they engage you in more than just the product, they engage you in the culture.

Italy’s approach to farm succession is also worthy of mention. In an environment where 20% of farmers do not have succession plans and where levies are still being dished out, they have adopted a mentoring succession plan. This plan allows for older farmers to only get their modernisation subsidies if they take on a successor. The theory is that there is an abundance of farming siblings who will never inherit farms, this gives these aspiring farmers an opportunity to work with a farm owner collaboratively over a time frame to eventually take over the farm.  The current farm owner gets their full subsidies, a potential successor, innovation and modernisation and the young farmer gets the opportunity to one day own a farm.

Its sounds great and if its working seems like a sensible solution to a global issue and for once I see a real benefit in subsidies, or at least in the leverage of them by regulators.

An emerging trends panel from some key agricultural groups fronted our questions about the agricultural industry.  Interesting as you could change the country, but the first two are always up there;

For me the one of the key take home messages from all of this is that US system is not set up for radical change. It seems to be set up for the complete opposite. The politics are one thing, but the policy and reforms are a slow-moving ship and icebergs that may appear in the form of Trade Tariffs may take a while for the US Ag Industry to manoeuvre around.

As with NZ there is a lot of talk of new technologies becoming available, top of the list is gene editing. These groups discussed the importance of coalition and achieving good communications about what is occurring. Education for consumers, industry and supplier’s is crucial as well as the importance of not having technology owned by two or three large corporations.

In NZ this discussion needs to focus on facts. New gene-editing tools, either CRISPR or the slightly older TALEN, don’t insert a foreign gene into the plant to create a new trait (as typically happens with conventional GMOs) but, rather, tweak the plant’s existing DNA. It is cheaper, more powerful and more precise and is aligned to our traditional methods of selective breeding. The take home for me is that I just don’t NZ embracing the discussion fast enough. 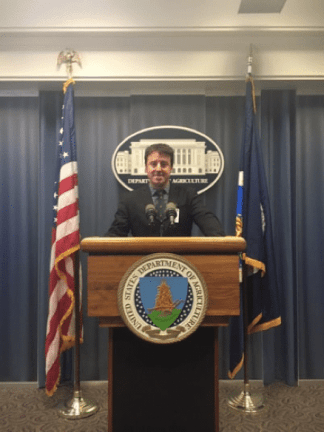 This was a real contrast after the US and Canada. Argentina has a unique production capability, which allows three crops to be grown within a 12-month cycle. This gives farmers an advantage, but 20 years ago their soils were quickly becoming eroded and fertility was dropping.

No Till was brought in to reduce the costs of fertiliser and was then quickly adopted as they realised improvement in production and soil health. Today they are around 92% No-Till, with wheat, corn and soya dominating production. No subsidies, in fact the Govt takes around 30% of the yield of each crop. 80% of farmers lease some land on a year by year contract, this allows young consortium of farmers to enter the Industry. Agronomists are a crucial part of the farming fabric with up to 80% of farmers engaging the services of private agronomists. 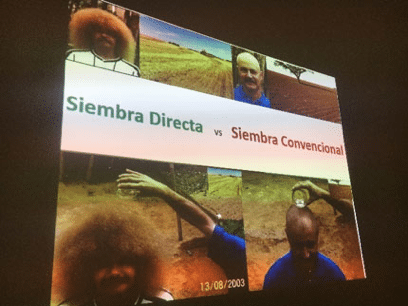 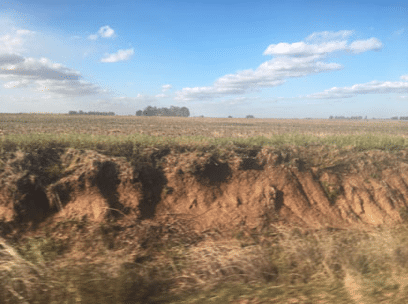 This was one of the highlights for me –CREA stands for Regional Consortia of Agricultural Experimentations. A national organisation in Argentina where there are 227 groups, with around 2000 participants. Each local group comprises of around 10 farmers, they hire an Agronomist who visits every farmer once a month.

The cool thing about these groups is that once a month one farmer hosts the other members for a day. This farmer puts up a topic for discussion. Everything is on the table, the group reviews crop records, financial returns, business structure, succession plans and accountancy. They collectively discuss the issues and topic, with honesty and intent, they rely on the collective learning of the group to be better farmers and help each other.

Regionally these groups can undertake crop experiments, often supported by third parties for example fertiliser or seed companies. The group, with their agronomist undertakes these experiments and owns the data. Nationally the organisation, although not political is involved in steering groups and advisory boards at a high level.

Could we do this in NZ? Would you open your books to others in your farming community?

We met one farmer, an oldest child whose father had passed away while he was studying at University. His local CREA group took over the management of the farm so he could continue to study. Twenty years later the son took over the full time running of the farm for the first time.

Chile – Can grow anything, quickly

With record export numbers in most horticulture categories to the US and China, Chile is cranking out the volume. If there’s money to be made they will grow it, quickly and at scale. Arriving in San Diego after Buenos Aires the first thing we all noticed was the urgency and the seriousness of the people in the street. They were on a mission and they weren’t taking their time. The economy and middle class is growing fast. 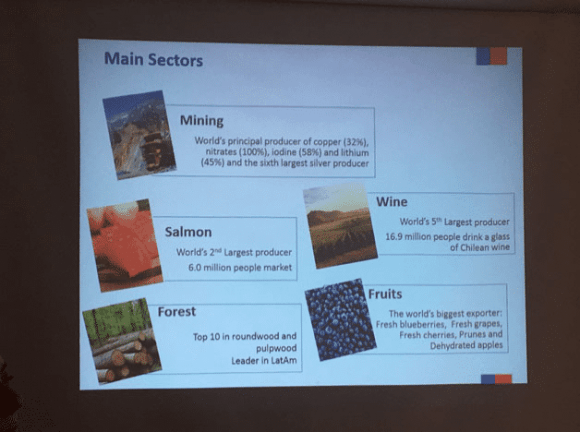 Horticulture exports from Chile is valued at $5B, the same as NZ. This surprised me given the huge volumes that Chile produces. I think NZ has invested heavily in marketing, food security and food safety and as a result gains more value in export. Zespri is the envy of other countries and is seen as the poster child of Horticulture with good reason.

I loved Chile, there is a lot of opportunity here, but instability at a political level is just around the corner. There are cultural issues too, and it appears that these are not keeping up with the rapid rate of growth and development the country is experiencing. I think that when there is expansion and growth at this level speed wobbles are inevitable, and this will impact us. Biosecurity and phytosanitary issues will become a lot more important and under increased scrutiny, and I think we need to be working a lot closer with this country.

In summary – The best little country?

Looking at NZ from across the world we are a producer of quality, we have those credentials that others respect, and being away for a while has made me realise we still have a massive advantage. However, I think we need to look to the future a bit more, I think that we need to be activity pushing the definition of what our quality stamp actually is? If it is environmental and clean and green, then let’s make it that way.  Let’s go beyond what it is now and embrace regenerative farming practices, choose sustainability and frame our natural assets to be the preferred exporter of trust, food security and safety and let’s use our GMO-free status for leverage.

If the world is saying that value is not going to be in crops, animal protein or commoditised products in the future, then we should transition more of our production into differentiation or go further up the value chain into ingredients or extracts and other forms of added value. The technology is out there, we don’t have to reinvent it. We need to celebrate more of our success, sing our own praises when it comes to food safety and monitoring for export standards. What amazed me is that NZ is already competing everywhere, there is technology, there are food products and brands and investment. We don’t actually know how good we are.

Our story is authentic, but so is everybody else’s. We need to be united on what it is that is going to differentiate us in the next 5-10 years. We should not be complacent and believe that other countries cannot compete, because competition is going to increase, and we shouldn’t just be following we should be leading.