Can we farm without glyphosate?

Can we farm without glyphosate?
By Hamish Marr 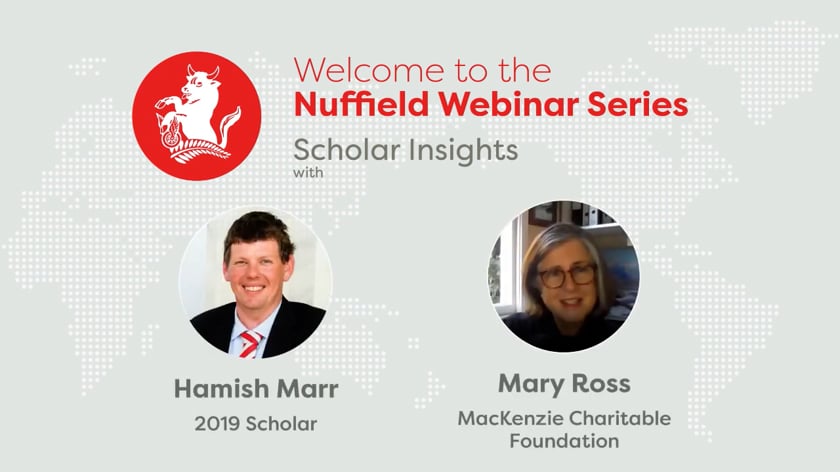 In 1974 a product was developed that would revolutionise agriculture. It would go on to be the most used chemical spray in global agriculture largely due to its low toxicity, negligible soil residue and zero plant back period. That product was glyphosate and was sold under the trade name Roundup. It was the product of intensification, of specialisation and globalisation.

There has been much dialogue in the last few years regarding glyphosate and claimed negative impacts on the environment and human health. This dialogue is in part due to its association with genetically modified plants and also as it is the world’s most widely used agrichemical. The classification of glyphosate as a probable human carcinogen by the International Agency for Research on Cancer has led to calls for a reduction in use and led to a ban in some European Countries.

The aim of this study was to establish, from a farmer’s point of view, what the issues are around glyphosate use, how it is regulated in New Zealand and what farmers in New Zealand could learn from others if a ban or de-registration were to become a reality.
Science is conflicted over glyphosate and its use. However there appears to be no definitive answer or evidence that glyphosate is detrimental to human health or the environment. In contrast there is much correlation between these two factors and a robust conclusion is difficult to draw.

Farmers overseas are successful in reducing their reliance and applications on glyphosate by adopting a more holistic approach to their agronomic management. In cases such as the seed industry in Denmark, the loss of glyphosate would see a shift in farming policy and a move of the industry off shore.

I found no real need for alarm in New Zealand as our current inputs of glyphosate are relatively low and are confined to 6% of our land area. It is important that we retain the option of this product and we as farmers need to be mindful of its use and avoid applications such as pre-harvest weed control.

In isolation farmers can certainly do without glyphosate but at an industry level and global level the loss of this tool would mean a loss of yield, an increase in alternative chemistry, an increase in carbon emissions, higher costs to the farmer and an increase in the price of food.

Central to this issue is a social problem that stems from fear of the unknown, due to a lack of understanding on the part of the consumer but also the farmer. The linear nature of the current value chain means feedback to either end is virtually impossible. This is the biggest challenge of all.

As a result of my observations and reflections I can recommend the following actions for industry:

1.   Avoid pre-harvest weed control on cereal crops and pasture.
2.   Discuss openly the future of agriculture including GMO
3.   Establish a communication loop in the value chain between the consumer and the
farmer
4.   Model Glyphosate’s contribution to the economy in New Zealand.

Read the full report here:
Can we farm without glyphosate? – Hamish Marr, 2019.