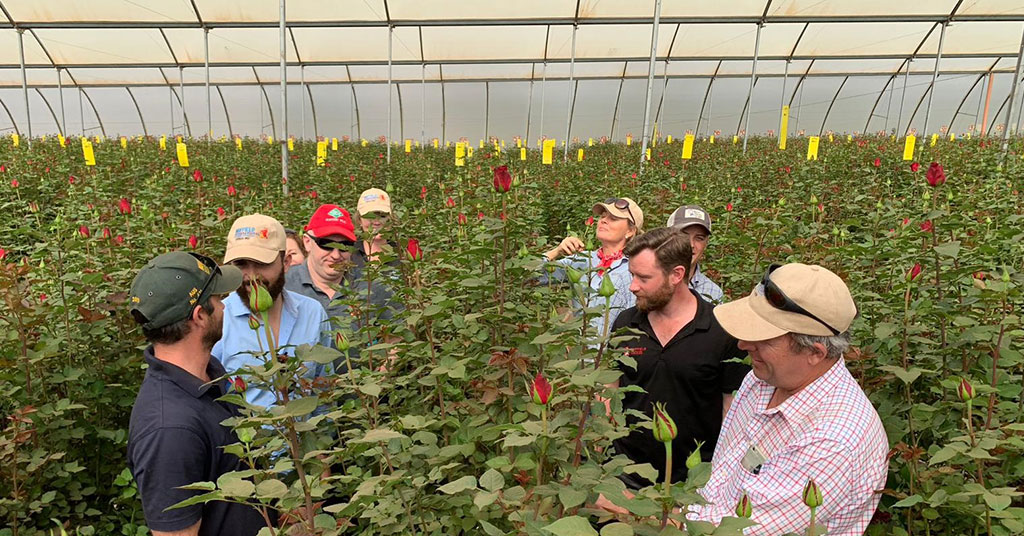 The Global Focus Orogramme (GFP) was an incomparable opportunity to see a diversity of agriculture in across a variety of countries. We were given candid insight into our hosts businesses, operations, motivations for being in agriculture and what they want to give back, even bringing our group of nine scholars into their homes for a cup of tea, meal or a drink.

These frank and open conversations were some of the highlights for me personally, where some hosts would openly discuss some of their business and personal challenges in agriculture. I found these moments golden, particularly in the middle of a leadership development opportunity as the Nuffield Scholarship. But it was gratifying to give back to some hosts in helping in their current challenges with the varied opinions and experiences of the nine scholars.

Travelling with the group of Nuffield scholars was invaluable experience and formed friendships that will last. After seeing some amazing and challenging aspects of global agriculture, the opportunity to discuss this with a diverse group of young agricultural leaders from different sectors and countries – Brazil, Canada, USA, Ireland and Australia (and Tasmania) – drew so much more out of the experience. We all had our different backgrounds, contexts and perspectives to bring to these discussions, and we need not agree – I’m writing this in the home of one of the scholars that we have some disagreements on fundamental elements of agriculture.

There was so much to see during the GFP  through Washington DC, Kentucky, Czech Republic, Bulgaria, Romania, Qatar and Kenya. It would be difficult to concisely describe just the highlights from each country so I have focused on a couple overarching observations from the two countries that were probably the most different from New Zealand – Qatar and Kenya.

The context we were given on arrival to Qatar – other than the immense wealth of the small gulf state – was the shadow cast by the blockade. The blockade by many of Qatar’s neighbours has been in place since June 2017, impacting their previous food supply chain through countries such as Saudi Arabia. Food security was a major driver the majority food production and supply businesses we saw due to the very real and near threat of not being able to import food in a small desert nation.

After the initial awe of seeing some of these amazing agricultural feats – such as dairy farming and growing fodder in the desert – I got the impression that there was prestige than production in these operations. This was reinforced when we saw the largest grain importer and miller that had impressive logistical, processing and storage capability to maintain supply and volume – production was not a part it. Does livestock production count as food security when it is limited by the volume of imported feed? Would it not be simple to utilise the more efficient production from around the world and advance the logistical solutions and storage capability?

If you removed the heat and oxygen, some of the production might be what one would imagine farming on the moon may be. This pushing the boundaries of production are worth taking note as a demonstration of what is possible but, in the context of a variety of growing global social concerns around agriculture, may be limited in its impact.

However, in the position that Qatar has been put in, the prestige of these feats can be understood. Drawing a line in the sand, so to speak, to show what they can do despite of the imposition by their neighbours. Qatar’s response to this situation appeared to create a national pride and social inclusion in the achievements being made.

An afternoon spent with Kenyan smallholders that are part of a collective, similar to our discussion group, set me straight on some of my assumptions that I had developed. We frequently saw some agricultural practices through central Europe and Kenya that would not be generally accepted in our own farming industries, but this group changed my view I had formed of smallholder and subsistence farming. The intensity and diversity of what they were able to do on such small plots was remarkable – but this may be also be a limitation – and were organised and actively seeking ways to improve their production and position.

We held a panel session with the smallholder collective and we were asked directly how they could become farmers that were able to travel the world like ourselves. A common view from our Nuffield group was simplifying their production to what works well and not trying to do everything and anything – one farm had dairy cattle, sheep, honey, pyrethrum, fruit, vegetables, chickens and fodder with the excess to be sold. However, as smallholders they were more exposed by a crop failure and require a level of diversity for security.

On reflection, I saw the infrastructure and economic limitations created by political climate was a significant hindrance on developing production and ability to trade. This is not a simple fix as impacts the wider economy and, despite some the frustrations we me have in our own countries, gave me a great appreciation for context we are able to operate and trade.

The second major eye-opener in Kenya also related to this political climate. We visited farming operations that had been established for a long time – whether multi-generational family farms, internationally funded agri-businesses or NGOs – which have invested in their local communities and introduce adapted and sustainable production methods to Kenyan agriculture. Each of these had either been or were currently involved in land invasions by graziers or land grabbers that can have violent or even lethal outcomes. The political climate often exacerbates or can drive these conflicts.

However, Kenya has a young population that is more and more educated, and, while there was some significant signs of poverty – such as the largest slum in Africa – there was large growth in relative affluence. The combination of increasing wealth and a young educated population coming through generates huge potential for their economy – if they can overcome some of their institutional handbrakes.

The GFP has been transformative for myself. It has raised more questions than were answered of my understanding of global agriculture, but my understanding and empathy of the situations in which these questions are formed has expanded immensely. While not perfect, I have a greater appreciation of the circumstances that the New Zealand agriculture sector can operate in and that we can deliver to the world.

Follow the links below to read the rest of the Global Focus Programme Reports from 2019: