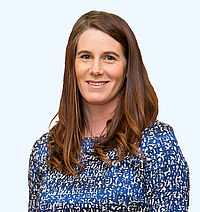 It’s not every day you walk into a room of 80 odd people and the entire room is abuzz with chatter, where people come together with a common and passionate link – agriculture and food. It’s also not every day that you get to attend the Contemporary Scholars Conference (CSC) as a Nuffield Scholar.

This year we were able to travel to the proverbial home of agriculture, the Netherlands for a week of immersion in all things Nuffield, including the opportunity to hear from some great speakers, to enter into some challenging debates, see some of the amazing opportunities that the Netherlands have to grow food, as well as to hear about the challenges that the Netherlands is facing in the agriculture space. It was however surprising that despite the Netherlands producing approximately 12 billion litres of milk per year that it was not overly easy to find fresh milk for your cuppa tea! 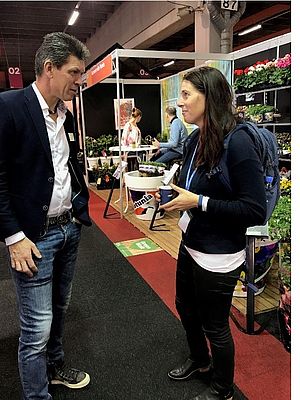 A couple of highlights included the opportunity to cycle to the farm of 2015 Scholar Gerjan Snippe where we were able to see the inner workings of Biobrass their organic cooperative farming business, and for me a highlight was also being able to attend the Royal Holland Flower Market, a modest 270ha area of land dedicated entirely to the selling and distribution of flowers and plants! (the inside tip for those of you interested in flowers, is that ‘pastel’ colours are on trend for the coming seasons).

It was also a great opportunity to visit the recently opened World Horticulture Centre, which was a great example of collaborative use of space between industry, education and research to advance development in the Horticulture sector.  The Netherlands is truly world leading when it comes to horticulture and their ability to grow an abundance of food and produce, especially from a relatively small footprint.

I was also given the opportunity to participate in a panel discussion on the ‘future of agriculture 2030’ from a New Zealand perspective. This enabled me to reflect on where we are at the moment, and what the opportunities might be for New Zealand in the future. One of the key things that came to mind for me was that there is a clear need for us to have an agriculture strategy, and that we need to focus on having the hard conversations so that there is a path forward for NZ to be the most environmentally friendly farming nation in the world. The opportunity is there for us as the leaders in the agriculture sector to seize, but we need to be brave enough to start the conversation.

Despite a jammed packed schedule at the CSC, there was also opportunity to observe some commonality amongst the various countries represented including the increasing disconnect between rural and urban communities, leading to a number of discussions around ‘social licence to operate’ or ‘licence to produce’. I was interested by the fact that many felt that NZ was perhaps the country feeling some of the most significant scrutiny, with a few people commenting on the fact that New Zealand’s farmers are now considered to be on the table of social standing at about the same level as the politicians.

There was also a lot of talk about the vegan movement, which I observed as creating a lot of angst for some amongst the room. However, where some see this as a threat to the agriculture sector, I see it as an opportunity. I don’t believe we are going to change the views of those who are so strongly engrained in their vegan view of the world, but I also don’t see that there will be a move to the majority of people choosing to be vegans (certainly not in the short to medium term). 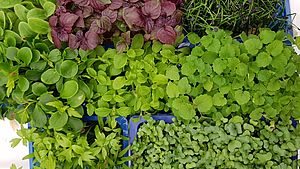 The opportunity to focus on providing good quality, nutritious food which is known to be safe, exceeds animal welfare requirements and growing in an environmentally sustainable way is where we need to be spending our time. Those nations who can move quickly towards providing this certainty, traceability and confidence in their food, stand to prosper from the increasing knowledge that food consumers have. I believe New Zealand has the ability to lead this space.

After having spent the week in the Netherlands I am still firmly of the view that New Zealand is still at the leading edge in many aspects, and that if we can foster a collaborative approach to managing the effects of agriculture, that our future will continue to prosper as an agricultural leading nation.